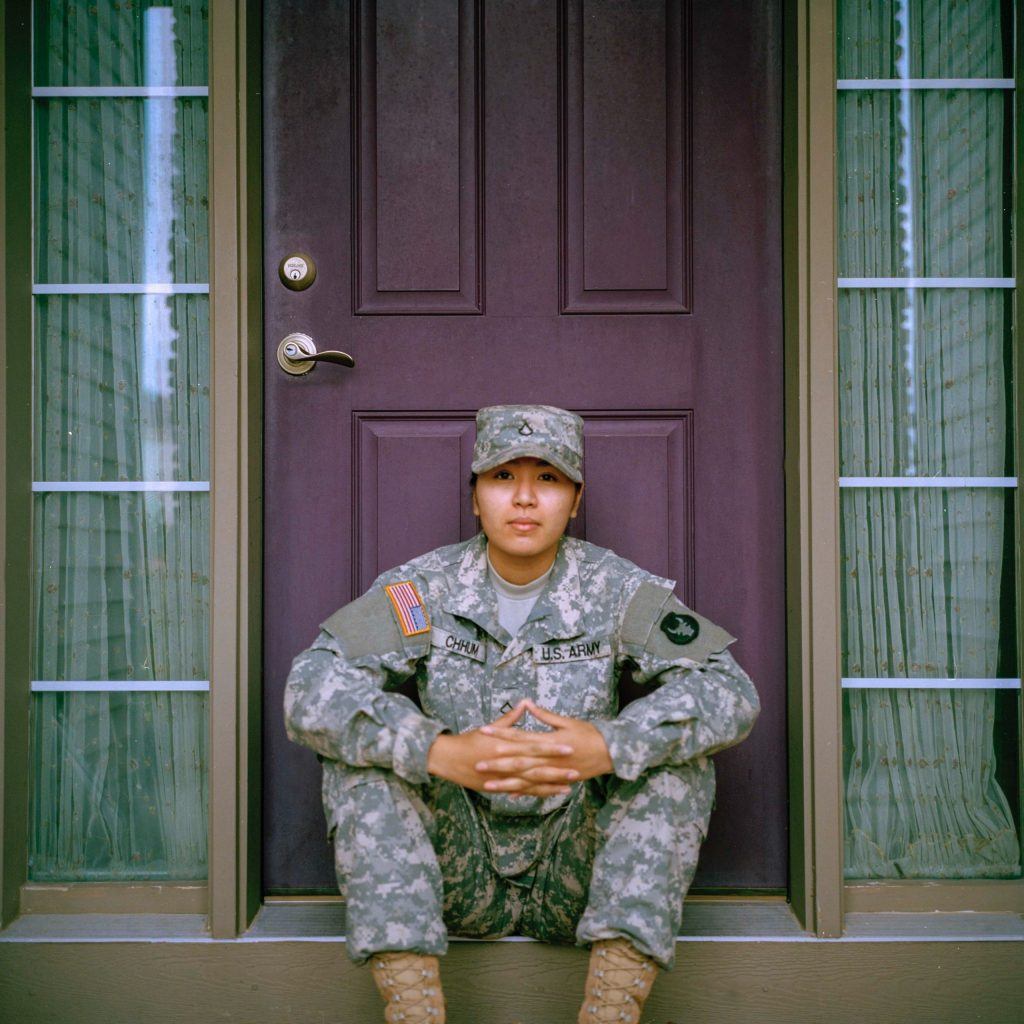 How do you help your family through post traumatic stress? 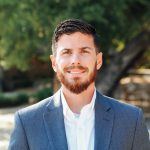 Dale Johnson: Joining us today on the podcast is Dr. Greg Gifford. Greg is a professor of biblical counseling at The Master’s University. He’s recently finished his PhD studies at Southwestern seminary in Fort Worth, Texas. I had the privilege of working with Greg on his dissertation topic. It’s a fascinating topic, I can’t wait to hear more about that in the future, but that’s not our subject today.

Dr. Gifford, we want to welcome you to the podcast, and then talk today about post-traumatic stress. This is a popular topic in the culture in which we live. We as the church need to have a robust response and answer how to care for folks who deal with post-traumatic stress. The first thing that we have to do in order to set up our discussion is defining “trauma.” There are all kinds of ways people categorize trauma—the issues that they’re struggling with—using that word trauma. Let’s see if we can define trauma. What constitutes post-traumatic stress?

Greg Gifford: That’s a good question, because sometimes trauma is a bit elusive. What I mean by that is that a traumatic moment in one person’s life can be the actual exposure to physical violence, threats of violence, abuse, whatever nature that looks like. But trauma in another person’s life may be that they’ve heard of this, they’ve been threatened by this, or that those events have occurred in the life of a family member or someone close to them. Both of those, according to the APA, would be a “trauma.”  So now when we think “post-trauma” we start to wrestle with the question, what is traumatic? Some of that comes down to the way that a person is perceiving and interpreting that original event or that original trauma.

Greg Gifford: What we see is a trend taking place towards primarily a military understanding of trauma. Historically, that hasn’t always been the case. For instance, this began in association with a railway incident or injury, and then it morphed into an understanding of shell shock, which then morphed into PTSD in the DSM III. But now, as we’re seeing this trend towards a military PTSD or combat-related PTSD, we’re starting to see this be a bit more civilianized.

I don’t know if that’s the right way of describing it, but that those who are outside of combat are affected by trauma. That’s abuse, that’s car accidents, that’s natural disasters, things of that nature would all qualify. So really, it started in the civilian realm, went towards military, primarily combat emphasis, and then we’re starting to see this variegated aspect of trauma as being not only those who are in combat, but you could be a military member not engaged in combat who experiences trauma. Or more from a civilian perspective, various aspects of abuse, natural disasters, car accidents, and so forth.

Greg Gifford: When you think of causes, this is one of the highly debated areas within PTSD because there are so many unknowns. For instance, gray matter is suggested. Some of it’s through TBIs to our gray matter that is a reason for PTSD. Some would say that there are immaterial components. This is the pre-trauma dispositions—everything from socioeconomic status to gender and so forth—that part of the reason why you interpret it as trauma is based off of some of these immaterial components. Some of it’s societal so that part of the culture in which you live, your regularity of exposure to trauma, will affect the way that you interpret trauma. So that’s why it’s highly debated. There are very few people who actually are dogmatic about a cause or a single source of where trauma comes from because there’s so much that’s unknown.

The way that I think you hear good news and clarity out of that is that when you read through the pages of Scripture, you see a lot of this as well. You see significant, dare we say traumatic, moments throughout the pages of Scripture, and we see how God has divinely ordained responses in each of those moments illustrated for us in Scripture. So that sets the stage for the fact that even though etiology is debatable right now—some of it’s body, some of it’s immaterial components—we can still have clarity on our responses going forward.

Dale Johnson: Yeah, I think that’s right. We’re even seeing a movement with the military, veterans affairs, describing post-traumatic stress in terms of moral injury. The moral component had kind of been pushed aside in the past, but now we’re seeing that. Talk about how that changes the scope of the way we think about post-traumatic stress.

Greg Gifford: I actually appreciate an emphasis on morality. What’s interesting is that Sigmund Freud suggested some of this in the early 1900s, that there is this inner conflict between a soldier’s id and ego that’s creating this. He has this peacetime and this wartime inner consciousness and they’re clashing with each other, and that’s what’s creating a post-traumatic stress. There’s something right in morality. Not that I would agree with Freud or his perspectives, but there’s something right in understanding that there are a lot of moral issues that surround PTS or PTSD. That’s why there’s guilt, there’s regret, there’s often a rehashing of the original traumatic moment. There are different mullings over of what it would be like if things were done differently, and some of those are swirling around a moral decision that was made in that traumatic moment.

When we talk about moral injury, we’re just talking about this idea of a person sinning against their conscience. When you understand it in that light, we understand that God has given each individual a conscience and that it can be very dangerous to sin against it, and that there are those who have potentially sinned against their conscience in that original traumatic moment. It’s an opportunity for the gospel to shine as we say, “Well, in light of what may have happened in the past, how can forgiveness be sought in Christ through authentic repentance and then faithful living going forward?” Big picture, I see something good in making it a moral conversation partly because we’re not making it entirely physiological, and we’re also asking what that person’s response was in the original trauma.

Dale Johnson: At ACBC, one of the things that we want to focus on are biblical solutions. Certainly when we think about post-traumatic stress and how many people are affected individually or within their family, we want to be able to provide hope and change, an outlook that’s different than the world they’re living in now. I’ve heard you talk in the past about interpretation of traumatic events and how effectual that can be as we think biblically through traumatic events. We don’t want to dismiss the fact that we endure trauma in a fallen human world, but we still have to deal with it appropriately. Can you talk for a second about how we deal with traumatic events, legitimate traumatic issues that we deal with in life, and how we help somebody through that to now have hope and change.

Greg Gifford: That’s the basic thesis of my book Helping Your Family through PTSD. At the centerpiece of this work is helping re-establish a worldview, which is an interpretive work. Understand that, really, as you view that original trauma, that original interpretation will shape your response towards it. If you have a biblical worldview to help you frame a response, it’s going to frame your ability to move forward, which provides great hope. There is a sense in which the Bible frames how you can understand your trauma.

We as biblical counselors are simply trying to stand up this biblical worldview before people to help them synthesize what took place. Then in light of that understanding, they can now move forward according to what God would have them do. I’ve mentioned the idea of guilt, I’ve talked about regret, I’ve talked about sinful anger, I’ve talked about some of the physiological responses that can come with that—you think of hyper-vigilance, you think of re-experiencing symptoms. The Bible helps frame a response to all of that stuff. What we can do is help reinterpret that original trauma with a biblical worldview.

Dale Johnson: Let’s take that from some of the theoretical that we’ve been talking back and forth about and put that into practice. Let’s say, for example, a guy comes to you for counsel. He’s just endured some legitimate trauma. No one would question the experience that he’s recently had, and he’s consistently experiencing anxieties, even what we would describe as debilitating anxiety panic attacks. His brain is what we might call “foggy.” He feels like he can’t think thoroughly through issues and he’s attributing it to this particular trauma. Let’s say he’s even compounding the issue by coping mechanisms, and he’s now moving into drinking as a way to deal with the trauma. Give us some biblical categories that are necessary that help us to think through how we would help this gentleman acknowledge his true issues, but then giving him biblical solutions.

Greg Gifford: Yeah, let’s paint with some broad brush strokes to begin with and recognize that PTSD does this. It does influence cognitive abilities, that there is this brain fog that a lot of those suffering with PTSD would say they struggle with. As you think of brain fog, there’s not an inherent problem that needs fixing, so to speak. We as biblical counselors are seeking to equip you to respond towards brain fog, but that brain fog in and of itself isn’t a spiritual issue. So that’s one category. That’s a worldview that I’m propping up that, “Hey, brother, you don’t have to have a vision of success that says you are like who you were.” We change, and some of our capacities change going forward, yet we can still honor God with those capacities even as they change.

But now think of the way that that kind of teased out. You think of anxieties leading to substance abuse or towards alcohol. Now it’s the way that you’re responding towards that brain fog. If you’re responding in a way that you’re sinfully anxious or that your anxiety is denigrating the trustworthiness or the sovereignty of God, what we’re saying is there’s a problem that has to change. Matthew 6 and Luke 12 would demonstrate that anxiety can’t coexist with the right understanding of who God is. We’re trying to help him address those anxieties that led from a brain fog and then that ultimately manifested itself in substance abuse.

We would say, obviously, there are things that have to change. The Bible does speak into the language of being a drunkard, but the drunkard was more of a fruit issue, and there are root issues that are taking place. When you have a biblical worldview, you know what to do with all of that. You know how to synthesize anxieties, brain fog, substance abuse. But if you don’t have a biblical worldview, you’re lost. You’re really going to flounder a bit in terms of how you make sense of some of these nuanced difficulties.

Helping Your Family Through PTSD by Greg Gifford.

Greg E. Gifford is Assistant Professor of Biblical Counseling at The Master’s University. 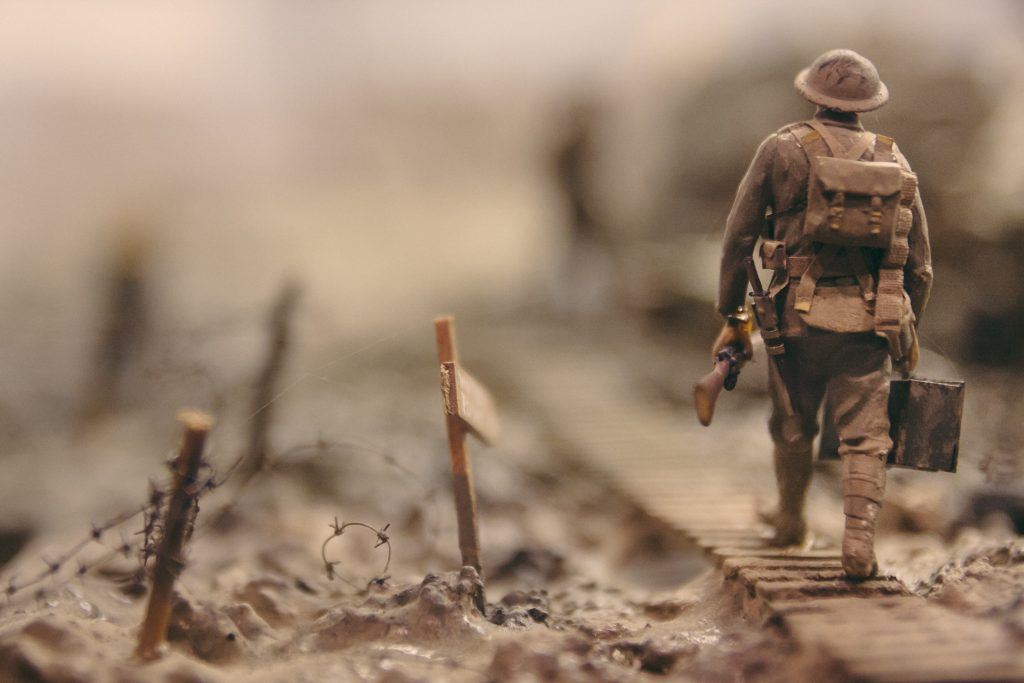 Almost anyone who struggles with the aftermath of a traumatic event will have some difficulty and concerns with memories of the event. 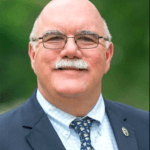 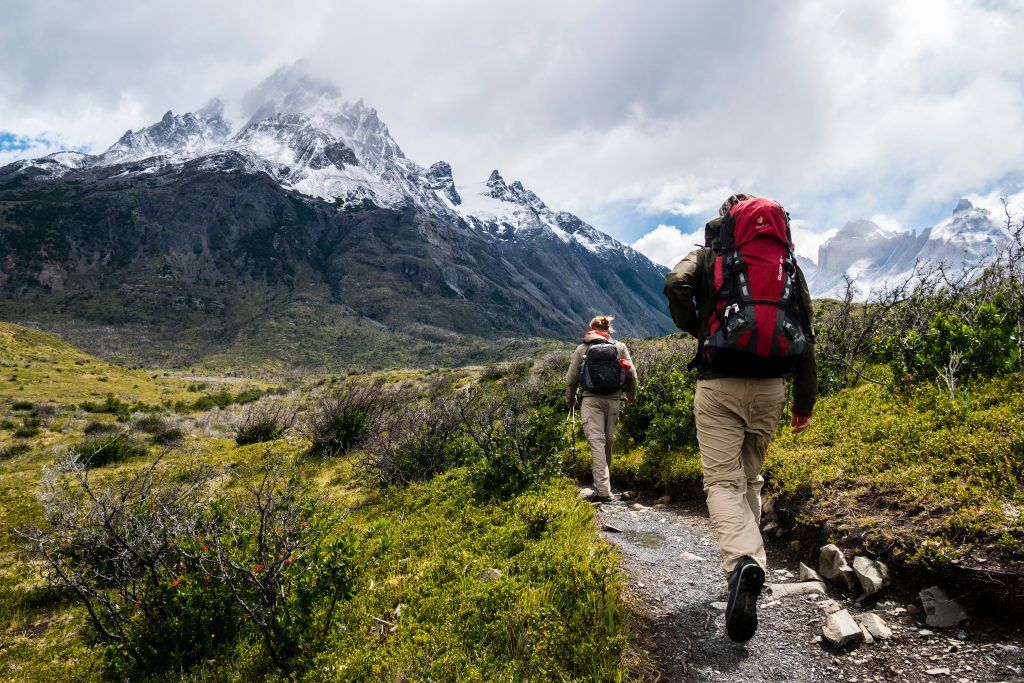 We need to be prepared to help those who have suffered in the aftermath of life-altering and sometimes life-ending affliction. 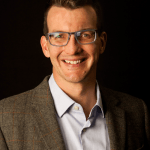 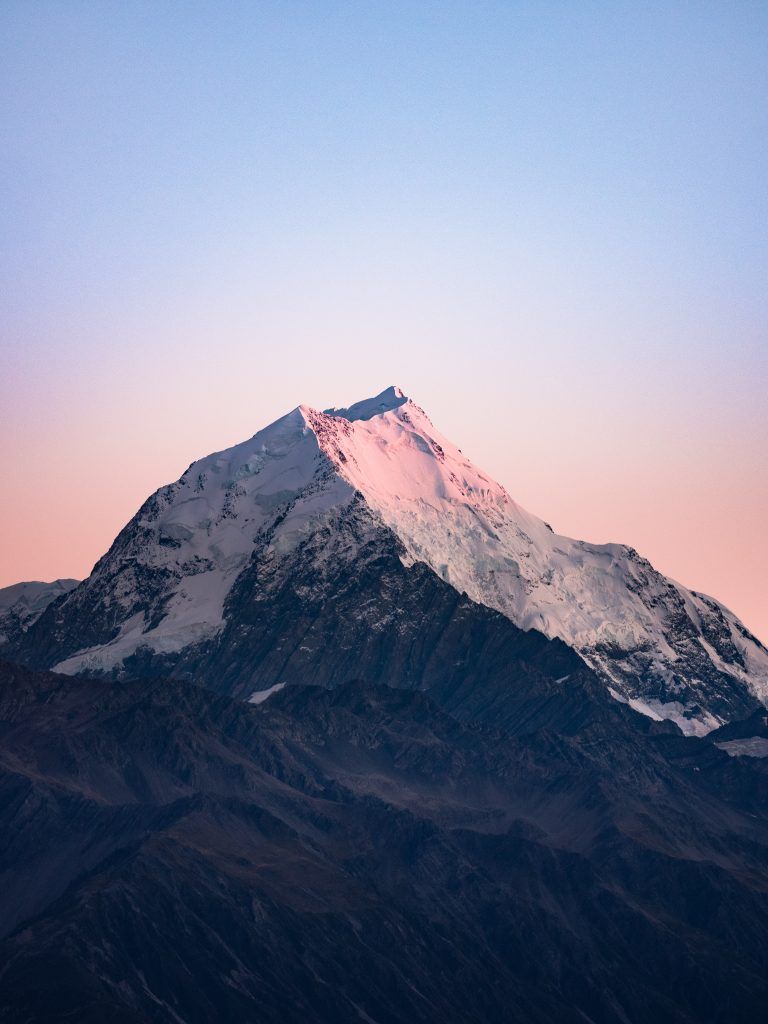 What does the Bible teach about fear? 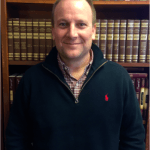 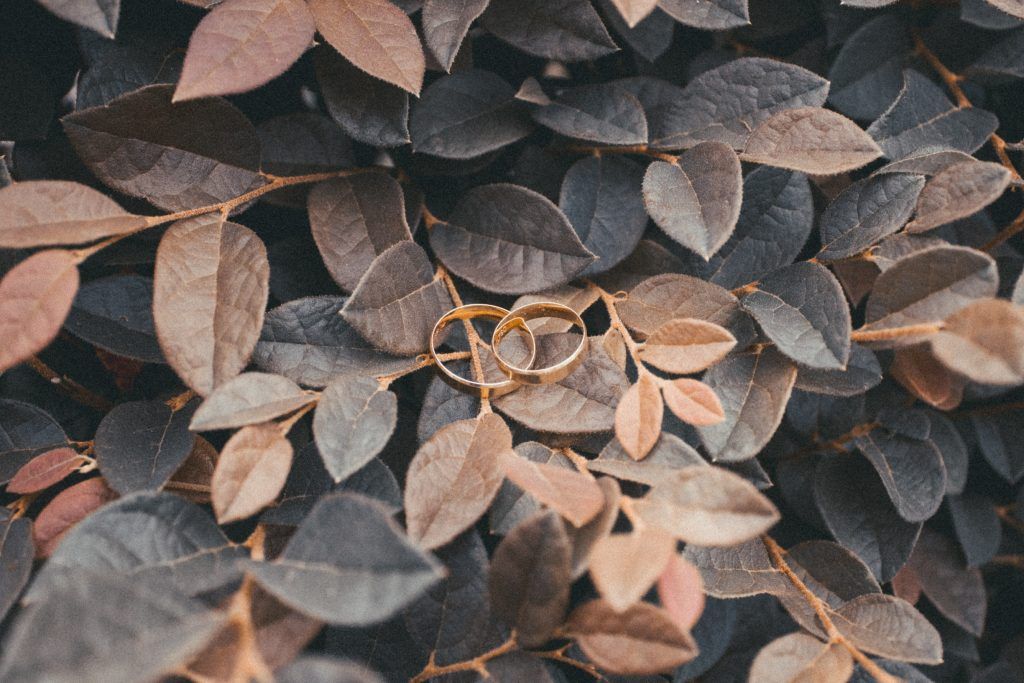 A couple can be equipped to face PTSD even if PTSD and its symptoms never leave their marriage.