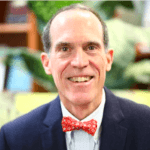 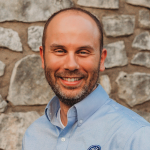 Dale Johnson: This week on the podcast, I am delighted that Dr. Sam Stephens—who is on staff with ACBC as our Director of Training Center Certification—was able to sit down with Dr. Lee Edmonds, who lives and practices medicine in Cooperstown, New York. He serves as the Chief of Pulmonary and Sleep Medicine at Bassett Healthcare.

Dr. Edmonds obtained his bachelor’s degree from Bucknell University and Medical Degree from Jefferson Medical College in Philadelphia. His advanced training was at the Mayo Clinic as an active teacher in the field of medicine, and he holds the position of Associate Clinical Professor of Medicine at Columbia University College of Physicians and Surgeons. He’s published on a variety of medical issues. Lee and his wife Jean have been involved in home education of their five children for over 20 years. Lee is an ACBC certified member and he counsels and teaches at Potter’s Wheel Discipleship Center in Cooperstown, New York.

Sam Stephens: Well, Dr. Edmonds, thank you for taking the time to come and speak with us today on this topic. With you being a medical doctor and also a biblical counselor, we are grateful for your perspective. Thanks again for being here. The first question I want to ask for you is: Where do you see, or do you see, a line between the medical and the spiritual regarding these depths of despair?

Lee Edmonds: First of all, thanks for having me. That’s a common question, which I get asked frequently. One might see the body, as cared for by medical science, as actually separate from the soul cared for by pastors, but that really is not correct. Genesis 2:7 says, “then the Lord God formed the man of dust from the ground and breathed into his nostrils the breath of life, and the man became a living creature.” Humans are not either spiritual or physical, but rather an alloy of both components without a clear line.

If you think of the example of steel, you cannot separate steel into carbon and into iron and still have steel. They’re really an alloy, which is fused. We as humans are the same. That means that sometimes the body and the soul live in such close proximity that they catch each other’s diseases. When Saint Luke was practicing medicine back in New Testament times, there wasn’t much of the science of medicine and as medicine entered into the modern era unfortunately it moved in a direction as though we were only atoms and electrons—that we only had a material body. That notion is still alive and very destructive in many peoples worldviews.

Some might benefit from some medical interventions for sickness of the body, but everybody needs to understand who God is, who man is, who Christ is, the real story of what really is. Click To Tweet

One of the good things that the postmodern era brought is the reintroduction of the reality of the soul—this move back towards the biblical truth that the Bible has always taught. Humans need to be seen as a holistic body-soul being while we’re in this life. Dietrich Bonhoeffer once said that, “In the presence of a psychiatrist I can only be a sick man; in the presence of a Christian brother I can dare to be a sinner.” In a nutshell not everyone is sick, but everyone is a sinner and in need of the counsel of biblical truth.

Some might benefit from some medical interventions for sickness of the body, but everybody needs to understand who God is, who man is, who Christ is, the real story of what really is.

Sam Stephens: What a great perspective. You see in our culture near, what would some would call, epidemic levels of deaths that maybe come out of deep despair, suicidal ideations, things like that. What are your thoughts about how we got to where we are now?

Lee Edmonds: Well, that’s another great question, which people struggle with. Despair is another term for hopelessness. And as I mentioned in the modern era of medicine, we looked towards the atoms and electrons with only that medical model to cure “the sick.” With the postmodern, we started to talk more about not just the physicality of man, but also about that soul half of us. Unfortunately, the postmodern era missed the mark. I would like to recall that Colossians 2:8 says, “See to it that no one takes you captive by philosophy and empty deceit, according to human tradition, according to the elemental spirits of the world, and not according to Christ.” Rather than turning to Christ to cure despair and hopelessness, since the postmodern era we’ve turned to ideas of man like yoga and meditation and self-help. These are sort of fine sounding arguments, but they’re really not the truth. What we as biblical counselors do is bring truth—an accurate description of how things really are—to bear on people’s problems.

Second Corinthians 10:5 says, “We destroy arguments and every lofty opinion raised against the knowledge of God, and take every thought captive to obey Christ.” Isn’t that really what we want to do with our goal in counseling? We desire to explain the truth clearly and pray that the Holy Spirit will open the eyes and the people will accept that truth. In 2 Timothy 2:25-26, there is one of my favorite passages which says, “gently instructed, in the hope that God will grant them repentance leading them to a knowledge of the truth, and that they will come to their senses and escape from the trap of the devil, who has taken them captive to do his will.” There are many ideas which are not true. We want to bring to bear biblical truth on the problems of despair and hopelessness.

Sam Stephens: That’s a great perspective. Moving into the practical a little bit, when it comes to things like suicide and self-harm—the depths and the deaths leading out from despair—what can ACBC counselors do? How can we contribute in this area? How do we engage with this problem?

Lee Edmonds: First of all, we have to understand that there’s not a second chance with suicide. This is an important issue, and all counselees carry the risks associated with suicide. Those are the various stressors, the very reasons they came asking for help—relational, financial, or whatever those things are. We need to ask a few important questions. One is: Do you ever think about hurting yourself? Do you have a plan to hurt yourself? Do you own a firearm? Fifty percent of suicides are by firearms. Asking those questions doesn’t increase the risk, it actually reduces the risk of suicide. We need to ask those questions of our counselees—all of whom have the risks for suicide.

The Lord knows we all struggle, and we need to have the church be a haven and not an illusion of heaven—as though we don't have struggles here. Click To Tweet

Secondly, we need to try to (in the church in general) reduce the stigma associated with suicide, and all the mental anguish that people suffer. People are really quick to raise their hand in church and ask for prayer over their recent cancer diagnosis and then ask for support, but not in the area of despair. The church needs to become a place of help and hope, regardless of the nature of a person’s struggle. The Lord knows we all struggle, and we need to have the church be a haven and not an illusion of heaven—as though we don’t have struggles here. Jesus said, “Come to me, all you who are weary and burdened, and I will give you rest. Take my yoke upon you and learn from me, for I am gentle and humble in heart, and you will find rest for your souls. For my yoke is easy and my burden is light.” We all have a lot to learn in our journey with Christ.

Sam Stephens: Indeed. That’s very helpful for us to think through as biblical counselors. What about from the medical perspective? Is there any help from that side as well?

Lee Edmonds: Well, first it’s pretty obvious that the medical field doesn’t have a vaccine or cure, given the fact that the rates of suicide have increased 30 percent since the turn of the century. We’re not doing well, but there are a couple of things that the medical field can do when they’re necessary. One of those would be to secure and protect a suicidal person. You might call that “suicide watch.” The medical profession has the capacity to take people and lock them up against their own free will. Sometimes that’s necessary to keep people from harming themselves. You want to remember that there isn’t a second chance in suicide. If that’s necessary, we should ask that the medical profession help us with that.

The second thing is that everyone is a sinner and needs Christ, but there are some people who are actually sick. I mean medication isn’t necessarily a sin, and the benefits are sometimes great. Medication can be used to take a psychotic or delusional person who might even think they’re Jesus and bring them back to an area where they can have a cogent discussion where we can counsel and we can work with them. Unfortunately, much of the medical profession and society really has come to rely too heavily upon medication and the medical model alone. There’s a common cultural and medical misperception actually regarding the most common diagnoses in the DSM realm like depression, anxiety, eating disorders, insomnia, PTSD.

And we all need the entire counsel of God. This needs to be accompanied with coming alongside people, helping them with some of the difficult situations and bearing their burdens. Click To Tweet

The fact is that medication hasn’t been found to hold the solution in any of those problems. Even in the best of medical studies it’s really been found that rather than medication, forms of counsel are actually superior to medication. Interesting. Now not all counseling is equal. Some lack biblical truth and therefore they lack the gospel, lack the action of the Holy Spirit, but all of us—even people who know Christ—sometimes can become confused in our thinking in difficult situations. And we all need the entire counsel of God. This needs to be accompanied with coming alongside people, helping them with some of the difficult situations and bearing their burdens. That’s really what the church is about.

Sam Stephens: Right. Dr. Edmonds, thank you for taking time to help us think about this really deep issue, and how it impacts many of us either directly or indirectly, but seeing how the body and soul both come together when it comes to soul care. We are concerned about both both parts, not just one.

Lee Edmonds: Thanks for having me. 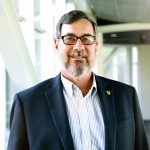 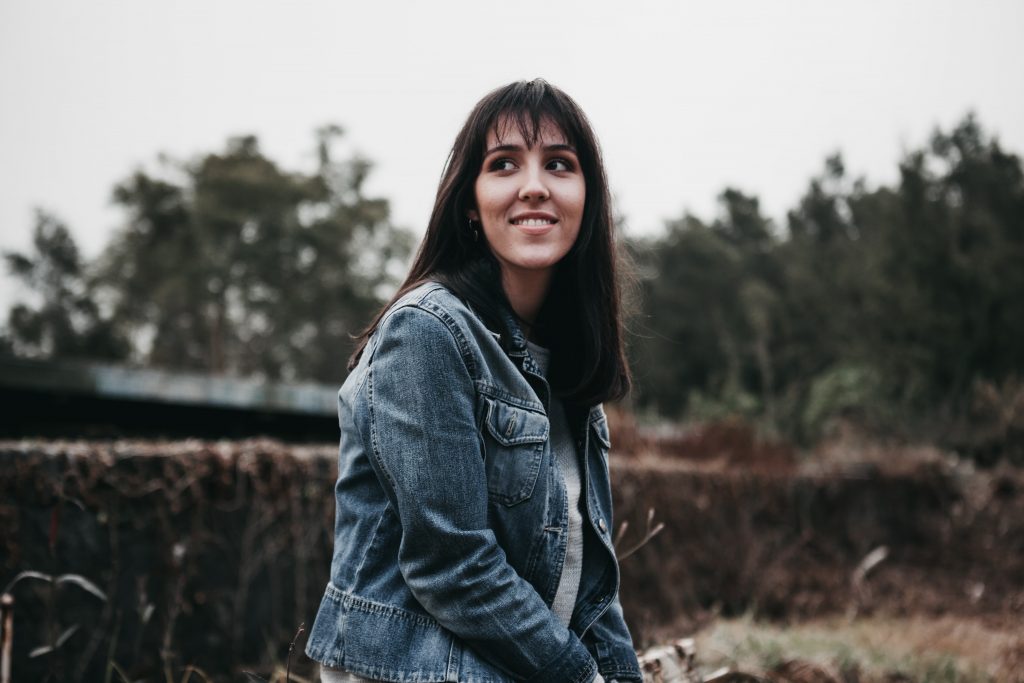 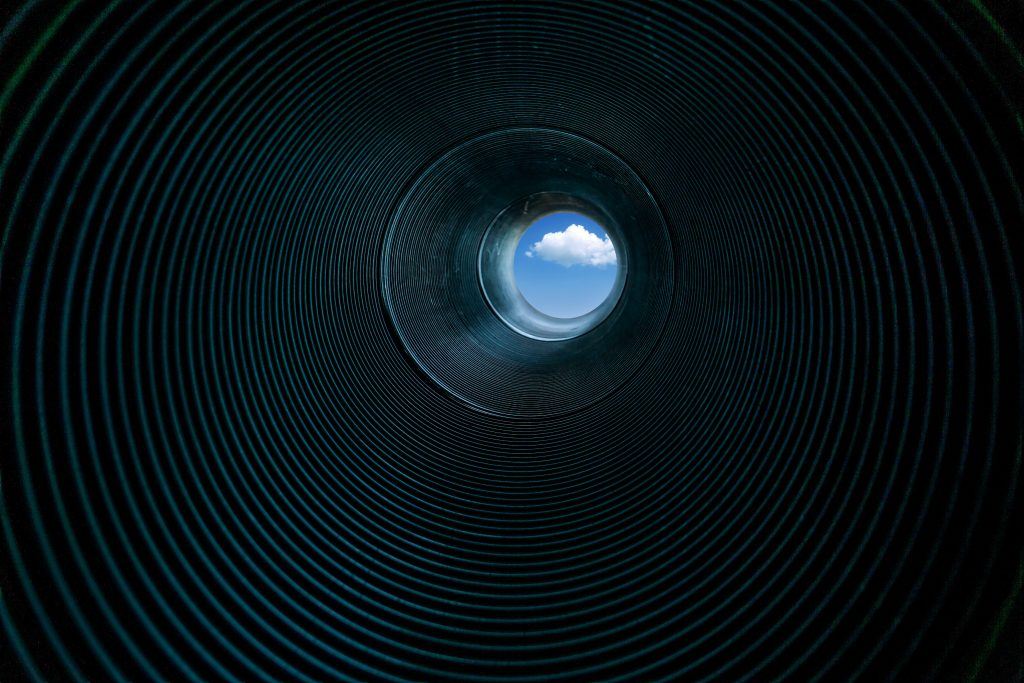 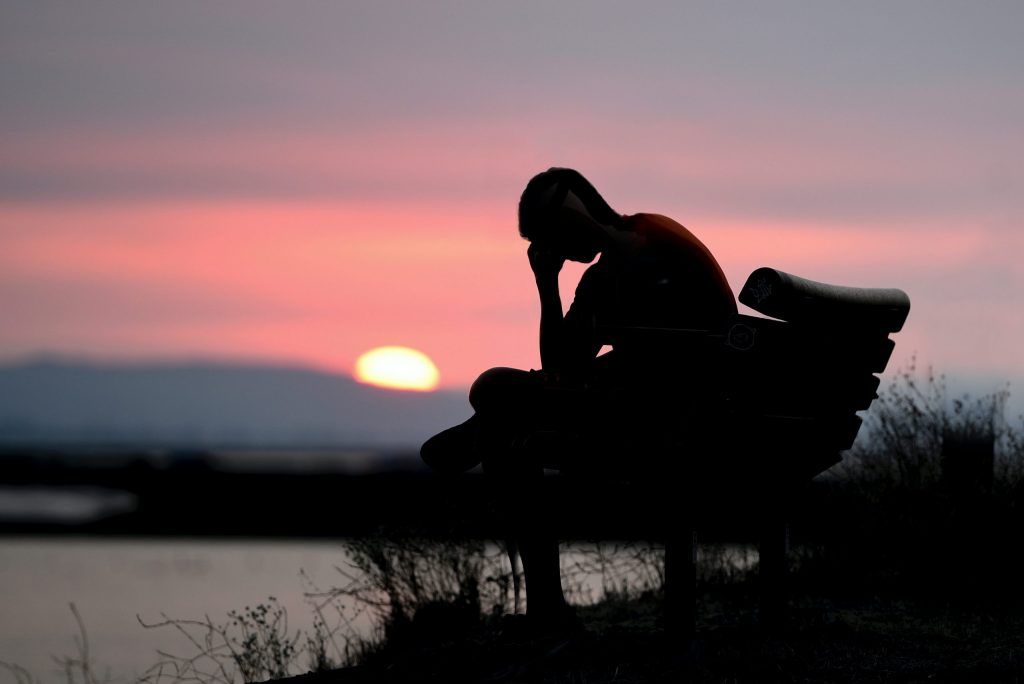 God chooses, in His sovereignty and His grace, to show Himself strong when we are very much aware of our weakness.